A new international initiative called New Big 5 wants to do away with the old big five of wildlife – based on the toughest animals to shoot and kill – and instead ask people around the world to vote for a more enlightened New Big 5. It's a great way to highlight the plight of more than a million species that are currently facing extinction – from polar bears and orang-utans to lemurs and mountain gorillas. You can vote for your New Big 5 at www.newbig5.com

Here are our candidates for a New Big 5: 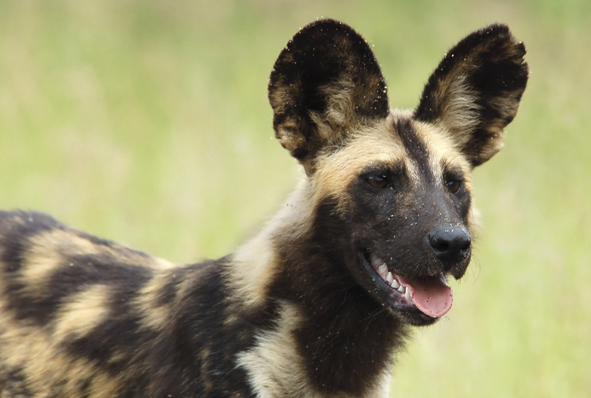 Once widespread across sub-Saharan Africa, this charismatic canid, with its mottled russet, black and white coat, Mickey Mouse ears and a reputation as a voracious pack hunter, has been eradicated from much of its former range. Spotting African wild dogs on safari requires luck and patience. But you can boost your chances of a brush with the ‘painted wolf’ by heading to protected areas with thriving packs, such as Mana Pools National Park in Zimbabwe, Selous Game Reserve in Tanzania and Botswana's Moremi Game Reserve. 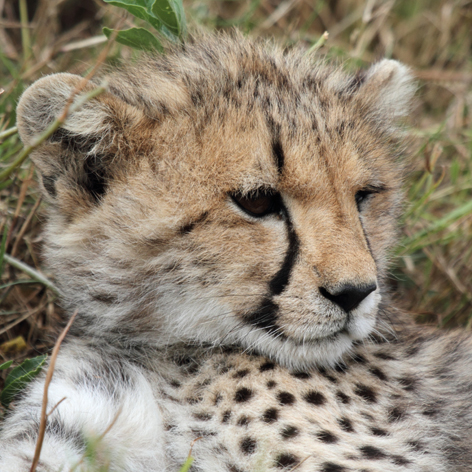 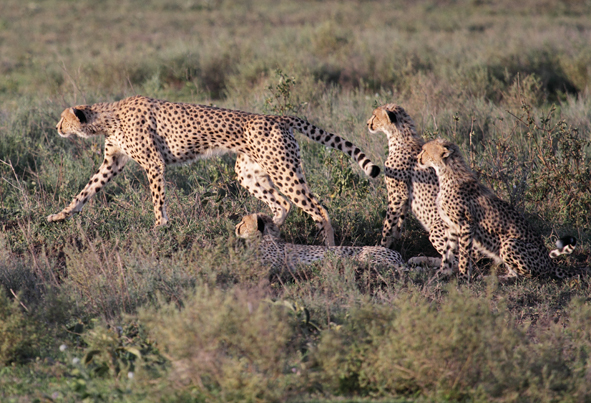 Cheetah prefer wide-open wilderness areas like Tanzania’s Serengeti and Ruaha, Kenya’s Masai Mara, the Busanga Plains of Zambia’s Kafue National Park and the Kalahari Transfrontier Park in South Africa and Botswana. This fabulous, freckled feline can be seen up-close and personal at Okonjima in Namibia where the AfriCat Foundation rehabilitates cheetah (and other predators such as leopards) displaced by farming. Tracking the big cats on foot, watching them learn how to hunt, is a thrilling experience.

Despite encouraging signs of recovery, the world population of mountain gorillas (restricted to a narrow chain of volcanoes in East Africa) hangs in the balance. Climate change may affect the specialised vegetation zones on which they depend, while careless contact with a virus-carrying tourist could trigger an epidemic. Mgahinga and Bwindi Impenetrable National Parks in Uganda are mountain gorilla strongholds, while in Rwanda's Volcanoes National Park, seven mountain gorilla families have been habituated in the mountains where Dian Fossey worked.

America's largest land animal, the American bison once stamped its mark across the entire continent – from Alaska to the Appalachian Mountains. About 150 years ago, some 30 million of them roamed the Great Plains. A keystone species, bison helped create this vast expanse of prairie by scuffing up the soil and dispersing seeds. But when hunting turned into a mass slaughter during the 1800s, bison numbers plummeted to fewer than 1,000 individuals and it's only relatively recently that America's national mammal has been brought back from the brink of extinction. Although Yellowstone National Park is the only place in the United States where bison have continuously lived since prehistoric times, public lands managed by the US Department of the Interior now support 10,000 bison in 17 herds across 12 states. 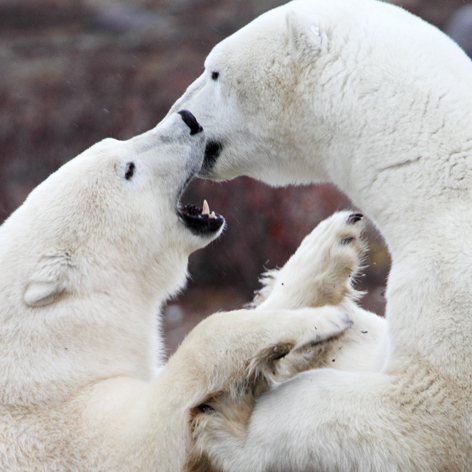 According to the IUCN, there are an estimated 26,000 polar bears. Climate change leading to habitat loss and a reduction in sea ice have affected their ability to hunt seals. Although they are widely scattered across the vast wilderness areas of the Arctic, there are several locations where, at certain times of the year, they can be seen regularly. Seek an audience with the Lord of the Arctic near Churchill on the shores of Hudson Bay in Canada where giant-wheeled polar rovers often provide incredible, close-up views. Waiting for the sea to freeze so they can hunt seals, as many as 1,200 polar bears gather here each year between October and November. A summer expedition voyage to far-flung Svalbard, or the Canadian or Russian Arctic, can also reward you with sightings of the ice bear.

With its expressive gaze and spine-tingling howl, wolves have long been part of human folklore and history – from Little Red Riding Hood to rampant wolf emblems on English coats of arms. More often than not, the wolf has been feared and despised – particularly by livestock farmers. Once widespread across North America and Eurasia, the grey wolf has been hunted and persecuted for centuries and although its global population is estimated at 300,000, its range has been reduced to about one-third. Your best chance of sighting this captivating and highly social predator is in remote wilderness areas, or national parks such as Yellowstone where successful reintroduction and conservation schemes have taken place.

They say tigers make the orchestra of the forest play. When the lord of the jungle is on the prowl, sambar and spotted deer whistle and snort, while langur monkeys, magpies and babblers pitch in with coughs, grunts and chatters. Any one of these alarm calls is enough to transform a long, dusty tiger-spotting safari into an edge-of-the-seat drama, snapping your senses taut as you strain for a glimpse of smouldering orange fur, the black and white tufts of twitching ears or the flick of a tail. The most recent census indicates an increase in Bengal tigers (the most numerous subspecies) to around 3,000 individuals – good news for the beleaguered big cat, but no guarantee you’ll see one. Tigers are still spread thin across India’s spattering of reserves and national parks. They’re secretive, solitary hunters with vast territories and impeccable camouflage. To boost your chances of a sighting, visit between October and April when leaves fall and grasses wither (improving visibility) and water sources recede, concentrating tigers – and their prey – around waterholes.

According to a 2018 report from the IUCN Species Survival Commission Primate Specialist Group, lemurs are now the most threatened mammal group on the planet. Of the 111 known species and subspecies, at least 105 – or 95% – face extinction. Authors of the report suggest that at least 38 should be listed as ‘critically endangered’, 44 ‘endangered’ and 23 ‘vulnerable to extinction’. The Kianjavato Ahmanson Field Station (KAFS) near Ranomafana National Park strives to protect nine lemur species, including the critically endangered greater bamboo lemur. Spearheaded by the Madagascar Biodiversity Partnership, it’s a visionary scheme bringing together community participation, educational outreach and ecotourism. Not only does KAFS employ local guides to radio-track lemurs, but the community is also enrolled in nurturing a tree nursery of 60,000 seedlings. Villagers are recruited to harvest lemur droppings from which undigested seeds of native trees can be extracted and cultivated. International volunteers record lemur behaviour, run educational workshops in local schools and help co-ordinate a tree planting programme that, to date, has seen nearly three million seedlings create green corridors connecting fragmented forest in the area. 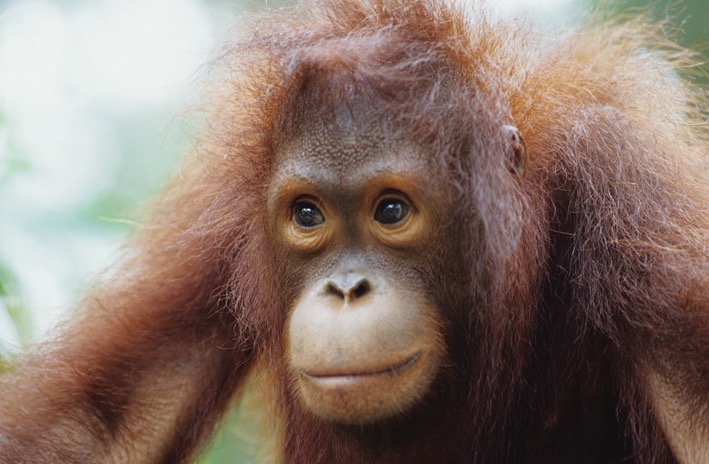 Although wild orang-utans are sometimes seen in Danum Valley and along the Kinabatangan River, the best place to see them up-close in Borneo is this 5,666ha sanctuary near Sandakan. Sepilok is renowned for its rehabilitation centre – a kind of hospital and training camp for orang-utans that have been orphaned by hunting or deforestation. Once nursed to health, young orphans have to be taught all the skills essential to life in the jungle – everything from swinging to eating. A tedious diet of milk and fruit encourages them to forage in the wild and gradually gain independence. Around 80 are now roaming wild in the reserve. Amble slowly along the reserve’s boardwalks and trails and you may also see pig-tailed macaques, a variety of birds and abundant insect life. Indonesian national parks such as Gunung Leuser and Tanjung Puting also provide a refuge to this magnificent, but beleaguered great ape.

We've taken this big cat for granted. To go on safari without an almost 100 percent chance of encountering lions was almost unthinkable until recently. The reality, however, is that just over a century ago, there were more than 200,000 wild lions living in Africa. Today, only about 20,000 remain. They've become extinct in 26 African countries and vanished from over 90 percent of their historic range. You can still find them in 27 African countries (and in a tiny fragment of India), but only seven of these have populations of more than 1,000 lions.

Why we need to keep planning wildlife holidays